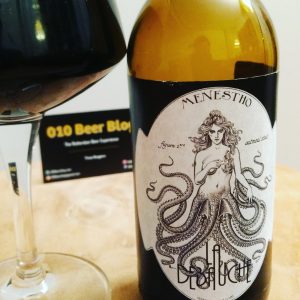 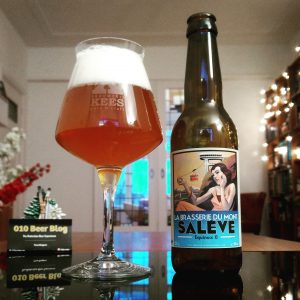 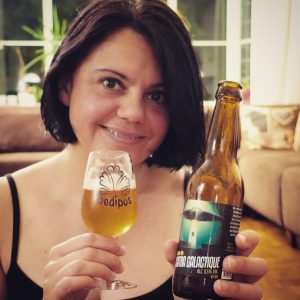 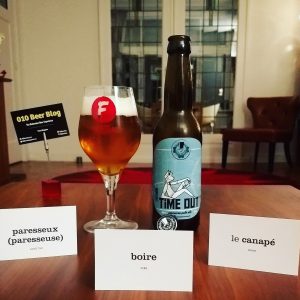 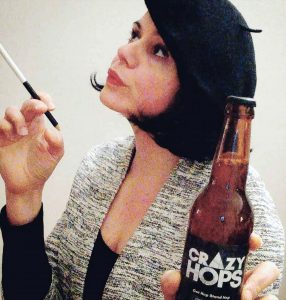 This year I have been fortunate enough to visit Paris twice and try craft beers from some of the prominent French craft brewers as well as up-and-coming microbreweries. I was impressed with how many craft breweries there are!

A few of the beers below I found at some of the wonderful craft beers stores in Paris. Others I tried at the fabulous Paris Beer Week, where I hung out for two straight days in June and had a blast. Thank you again Paris for such a lovely beercation! I didn’t rate the beers below and the notes are purely based on personal taste – to state the obvious – but just wanted to give you an idea of the wonderful spectrum of French beers that are out there!

I drank my first French craft beer – believe it or not – in Rotterdam. It was the Rhub’ IPA by Page 24 (brewery St. Germain). In hindsight it’s pretty unbelievable I found this on draft at a our local place Kraftbar. It’s quite rare to find French craft beers outside of France! This was a collaboration between St. Germain and Nøgne Ø of Norway. I remember I loved it. A hoppy bitter beer with a lovely fruity (not sweet) flavor. I could drink that all night.

Brasserie Saint Germain was founded in 2003 and is located in Aix-Noulette, just southwest of Lille. The brewery is committed to working with locally-sourced raw materials including local malts and hops.

If you ever find yourself on the French side of Lake Geneva near Allinges, you’ll find a local brewery there, Brasserie Artisanale du Léman, named after the lake (in French: Lac Léman). I came across their blond beer at the E. Leclerc supermarket while I was visiting. Always fun to try local beers! I don’t remember the Léman Blonde being remarkable, but definitely the perfect beer for a summer day! Their beers are organic, unfiltered and unpasteurized.

I had my first taste of La Débauche at the Hoppy Corner in Paris. I had already heard wonderful things about this brewery and they didn’t disappoint. I tried their Black IPA Chapitre 13. Lots of bitter hops flavor and some roasted acidity. A really lovely beer. It blew me away that it was only 3%!

Another one I tried was the fantastic Menestho, a winner! A light-bodied oatmeal stout (5,5%), great as a midweek pint, with a dry toasted and licorice flavor, lots of taste! Menestho is a species of sea snail (not an octopus), so the bottle label is a bit puzzling. My favorite one so far may be the Hazy Diamond, an amazing sour ale. All their beers are top-notch!

In English la débauche is ‘debauchery’, meaning an excessive indulgence in something (like beer!). Started in 2013, the brewery is located in the Nouvelle-Aquitaine region of southwest France (near Cognac and Limoges) and has over 50 brews out now if I counted correctly. They financed their brewery through crowdfunding and have quickly become very successful.

One of the bottles I took home from a great craft beer store in Paris was Flamingo by Hoppy Road. It’s a Berliner Weisse with hibiscus and lime. I definitely love my sours and this is a nice summer one. The lime is subtle, not overdone, very effervescent. The brewery is in Maxéville, next to the city of Nancy. They won first prize at Paris Beer Week in 2015 and opened their own brewery in 2016. Their Rock & Road Russian Imperial Stout is divine! With blueberries, chocolate and vanilla, you can’t go wrong in my book!

Mont Salève is a mountain about 1400m high on the border with Switzerland, near Geneva. La Brasserie du Mont Salève was founded by a former chemist in 2010. The brewery has expanded its range of beer to about 50, none of which are filtered or pasteurized. The beers are in the Anglo-Saxon style, with a Mont Salève touch. After extensive work on the hops, Mont Salève has been experimenting for four years with the yeast from grapes for a new style of beer which is very aromatic. I tried the Equinox 8 double IPA. A hop-forward hop bomb! Single hopped with Equinox giving it a nice fruity dry hop flavor.

Paris has its fair share of microbreweries, one of them being Brasserie du Grand Paris. I managed to get hold of a bottle of Citron Givré, a limited edition dryhopped IPA with Lemondrop hops. It definitely had a citrus aroma and a bitter and flowery flavor. I didn’t pick up the mint though. They’ve labeled it as an American IPA style, but I found it to be closer to the English style due to the prominent malty flavor. I felt the same about the IPA Citra Galactique. A solid IPA, but leaning more toward English style, albeit more hopped. It’s apparently popular with French bartenders who use it in cocktails and IPA syrups (I have no idea what that is by the way!).

Another lovely Parisian brewery is La Goutte d’Or (which translates into ‘drop of gold’), located in the neighborhood with the same name in the 18th arrondissement. Considered to be the first craft brewery in Paris, they started production in 2012, in the heart of a very multicultural, seedy, and slowly up-and-coming neighbourhood in Paris. I read that they get their inspiration from the African markets in the neighborhood! I can’t think of a better beer for a hot day than their light sour Berliner Weisse Baba Berlin with almonds and pistachios. It’s super smooth!

Located in Bois d’Arcy, near Versailles, O’Clock Brewing became a huge succes in just three years since they started. They’re a fan of the American beer hopped beer styles, on which they base most of their recipes. I tried their Time Out, a pale ale with a fruity and subtle floral aroma, a bitter hops flavor and some sweet notes. Their Yasamin sour ale is lovely, with subtle notes of jasmin in the flavor. I’ve heard good things about Jetlag, can’t wait to try that next!

A little more south of Paris you will find Crazy Hops, a relatively new brewery. I couldn’t find much information on them on internet, but I did get to chat with the brewer at Paris Beer Week, where he mentioned he had lived in Peru and is married to a Peruvian. That explains Cumbia Loca, an imperial stout brewed with Peruvian chocolate (Illanka), Peruvian molasses (algarobina) and Peruvian chili peppers (aji amarillo)! The chocolate really comes through in the flavor and it is dangerously drinkable for 13%. I thought I caught a hint of matcha in the flavor, but may have just imagined it. Another beer I tasted was Get Hop Stand Hop (love that name!), a real bitter hop-forward IPA.

The Piggy Brewing Company have been brewing since 2010 and are from Châtel-Saint-Germain, just north of Nancy, close to Luxemburg. Don’t ask me to explain the name! They say something about it on their website, but it’s in French and I didn’t catch the gist of it. I tried their Bigorre Black IPA during Paris Beer Week. Dark, but not very bitter, an interesting combination!

This may have been the youngest brewery at the Paris Beer Week this year. Headbang Brewery officially only started in Paris a few months ago I believe. I had actually ‘connected’ with the brewer through Instagram previously, so was of course excited to meet him in person there. They describe themselves as ‘French craft brewers & heavy metal lovers’. I tasted Don’t Break the Oat, which was a nice change from some of the stronger beers at the festival! Not super hoppy, but a lovely light 4,5% cream pale ale.

My first time volunteering at @billiescraftbeerfes

A few months ago during my trip to Brussels for Be