The first time my friends hear me ask the brewer at a beer festival if the beer is vegan, they are always very surprised! Isn’t beer typically made from barley malt, water, hops and yeast? Until I started seeing brewers label their beer as ‘vegan’, it had never occurred to me that beer could contain something other than those four magic ingredients! In light of the recent media attention on fish oil and gelatin in fruit juices (a shocker for many people, including myself!), I suppose I shouldn’t be surprised you can’t judge a beer by its bottle. Not to worry though, there are easy ways to find out if your beer is veggie or vegan! Read on for tips how to know if your beer is devoid of fishy swim bladders or cow’s milk…..

Why use additives in beer?

Additives are used for several reasons, such as clarification and flavoring.

Before the use of glassware, British porters and stouts were drunk from stone or metal drinking vessels. British cask ale was traditionally served unfiltered at that time. When pale ales and glassware became popular, breweries started using ‘finings’ to clarify the beer, to make it more attractive for drinkers.

Isinglass and fish gelatin are the most common fining used for clarifying beer (and wine!) and is produced from the swim bladders of fish, usually sturgeon. The word isinglass most likely comes from the corruption of the Dutch word huisenblas, which translates to “sturgeon’s bladder”. Although most likely very little of it ends up in the beer you drink (no guarantees though!), it is a direct product used in the manufacturing process and is not considered vegetarian. There are however vegetarian alternatives to isinglass. Bentonite (a type of clay) and Irish moss (a species of red algae) are the two most common.

Breweries often do not reveal if they use animal products in the processing of their beers, because in many countries they are not required to do so. In the US for example, the only time that nutrition labeling is required on alcoholic beverages is in restaurants. Regulations also do not consider fish gelatin or isinglass to be an allergen and they are therefore exempt from label requirements. But let’s face it; even if you’re not a vegetarian, it’s quite a turn-off to know that your beer has been filtered with dead fish. British beers generally still use isinglass or gelatin, though many breweries are changing their game, like Guinness. Some breweries, like Beavertown, have never used it. According to Beavertown’s head brewer Cosmo Sutherland “there is no need for beer not to be vegan. Fundamentally all you need is malt, water, hops and yeast”.

Animal products can also be used for flavoring, such as honey and lactose. They are sometimes easy to spot in beer names like ‘Fuller’s Honey Dew’ or ‘Mikkeller Milk Stout’. Because lactose is an allergen, in many countries you will find it in the list of ingredients on the beer label. Don’t confuse it with lactic acid, which is produced industrially by bacterial fermentation of carbohydrates and is used in sour beers. So although it is found in milk products, like yoghurt, in beer it should be vegan. 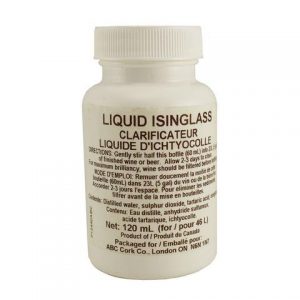 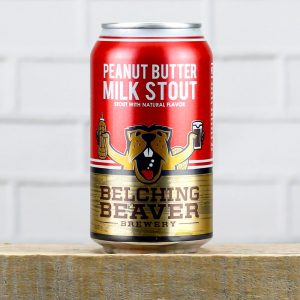 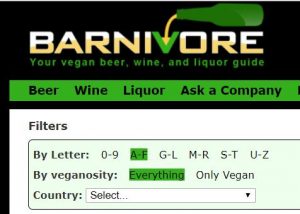 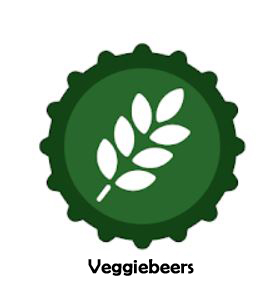 How to find out what’s in your beer

Thank the beer god for internet and all the websites that have already done research on which beers are vegan friendly! One of those sites is Barnivore. It is quite an extensive list and looks to be pretty accurate (except for one Dutch beer by Noordt, but I am happy to help them update their information!). PETA also has a list of vegan beers on their website; limited, but definitely helpful.

Veggiebeers is a great app for the mobile phone, helping vegetarians, vegans and celiacs choose suitable drinks. You can find it here for iPhone or Android.

Does this mean you have to worry about looking up every single beer before you drink it? No! In my experience, German and Belgium beers are usually vegan because they insist on using only traditional methods to brew them. In Holland I think most are as well, but at festivals I always check for lactose just in case. It is common in milk stouts and sometimes found in NEIPAs as well. If you are not sure, check the label when you are in the store or just ask the brewer at the festival before you order a draft. They are used to getting these questions and are always extremely informative and helpful!

The Skeltons on tour in Rotterdam! Last Friday I j

A wonderful new discovery during my first Toer de