Christmas is a wonderful festive holiday and what better way to celebrate than with gorgeous Christmas ales? Today you have plenty of choice in lovely winter beers from all over the world like Belgium, Scandinavia, Britain and the US. Though it may seem like another marketing ploy, the real story in fact is much more interesting than that. Christmas ales have been around for literally ages!

Very much like today, drinking special-made brews traditionally was tied to a specific feast or celebration. It dates back to pre-Christian times when tribes celebrated winter solstice. Even when Christianity took over, the Pagan traditions from the winter solstice remained along with some of their symbols of the holiday season (Christmas trees and mistletoe). The Scandinavian countries most likely lay claim to having the oldest winter beer traditions where the Vikings celebrated ‘Jul’ (to honor their Norse gods) starting in November. As far back as 900 AD it was decreed by law in Norway that beer must be drunk during the celebrations. After the Vikings invaded the British Isles, the tradition continued on in the form of Yule ale.

The Swedes were among the first Europeans to bring the Christmas beer tradition to North America in the 17th century, though the modern day concept of a Christmas beer — one that is strong, malty, and spiced — was popularized in the British brewing tradition.

Perhaps the most famous modern Christmas beer is Samichlaus, which was created in Zürich in 1980. At the time it was the strongest lager ever made (14%). Other Christmas beer specialties (that I recently discovered in Cologne and absolutely loved!) include the German glühbier, which is a beery version of the well-known mulled wine (glühwein), served with the traditional seasonal spices like cinnamon, nutmeg and clove.

Nowadays almost every brewery makes its own Christmas beer and I make a point of it to try every one that I come across, just for fun! The ones that will always stick with me though are the ones I started with when I was just beginning to explore the craft beer scene: Anchor Brewing Christmas Ale and St. Bernardus Christmas Ale. You never forget your first!

Wishing you a beery Christmas and a wonderful New Year! 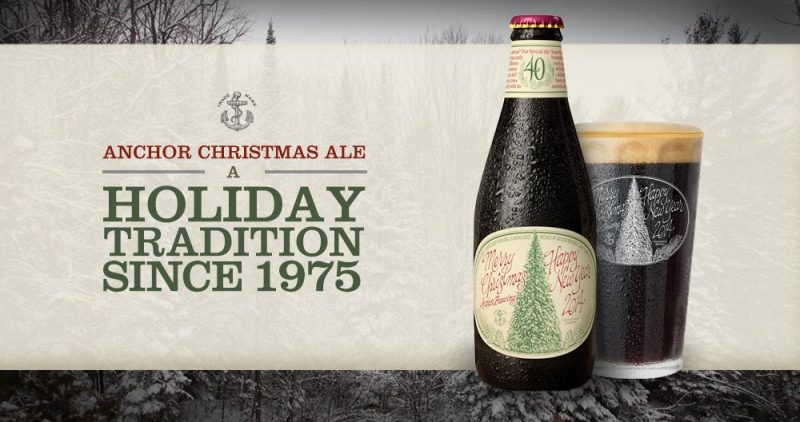